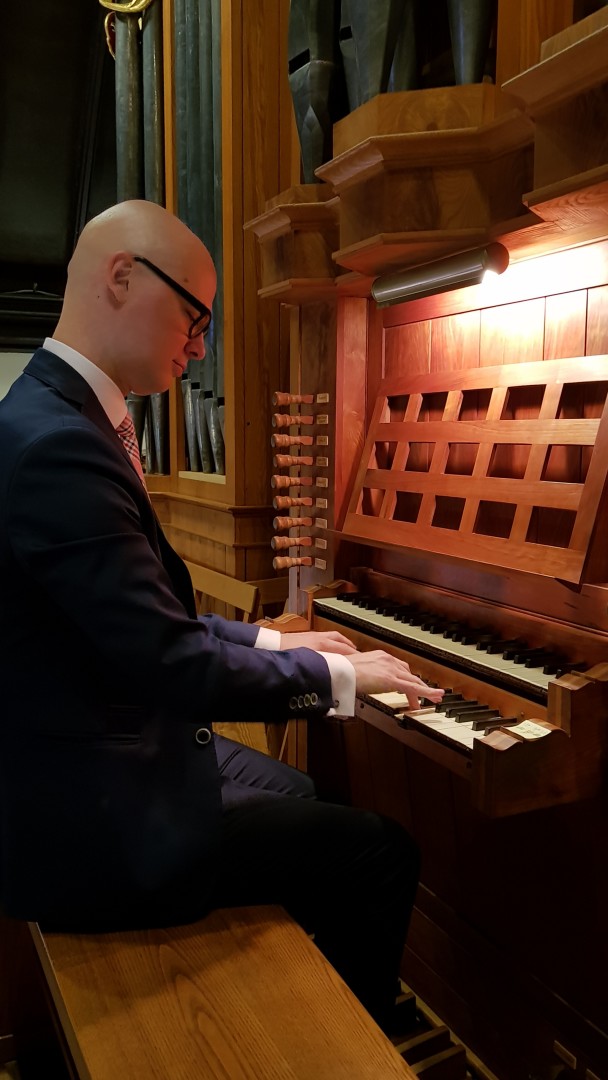 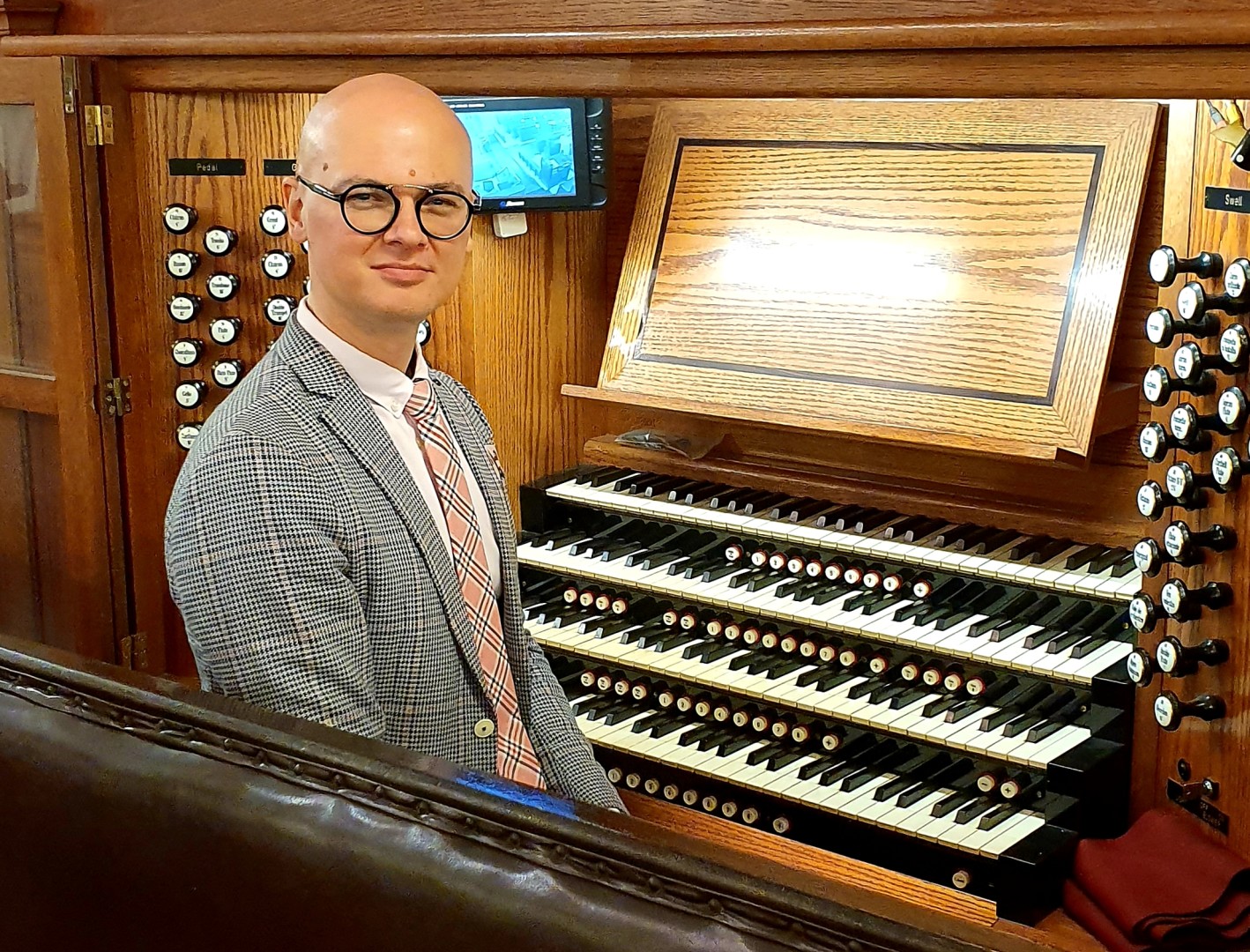 I started studying the organ at the age of 17 in Warsaw, Poland. I am a graduate of the Józef Elsner Public School of Music in Warsaw in the organ class of Prof. Roman Szlaużys (organ improvisation in the class of Prof. Marian Sawa). I studied organ playing as part of an artistic internship at the Fryderyk Chopin University of Music in Warsaw in Prof. Andrzej Chorosiński’s class, as well as organ improvisation at the Pontificio Istituto Ambrosiano di Musica Sacra in Milan (Italy) in Maestro Davide Paleari’s class.

In February 2019, I obtained an academic degree of Doctor of Musical Arts in the field of 'Instrumental Studies' in discipline of 'Organ Performance' based on the dissertation of "Organ, as a source of inspiration in the art of improvisation and performance practice" written under the direction of prof. Andrzej Chorosiński and defended at the Białystok faculty of the Fryderyk Chopin University of Music in Warsaw.

I am an international concert organist and I have pleasure to perform regular solo recitals in countries of Europe, North America and Africa: Belgium, Canada, Denmark, Great Britain, France, Germany, Italy, Nigeria, Poland, Ukraine and the USA.

I conduct international (Nigeria, Poland, Ukraine) didactic activities in the field of organ improvisation and practice of interpretation of organ literature from different periods, among others in cooperation with The Royal School of Church Music. I participate in international academic conferences on organ and sacred music (Belgium, Nigeria, Poland). My organological publications are issued regurarly by prestigious organ magazines: British "The Organ", American "The Diapason" and "The Vox Humana".

In the years 2002-2011, I was an organist at the Church of Our Lady of Lourdes in Warsaw; I wrote a monograph on the history of the organ (J.G. Meinert, 1782) of this church, and I recorded a CD (organ literature and improvisations), which is the only record of the sound of this instrument which no longer exists. At that time I co-authored a series of broadcasts on “Radio Warszawa 106.2” about organs in Warsaw-Prague Diocese.

In addition, I have completed Master's and PhD studies  in the area of economics at the Leon Kozminski Academy in Warsaw. Since 2019, as an adjunct professor, I am associated with the University of Social Sciences in Warsaw, where I conduct interdisciplinary scientific and research work at the interface between business and art, as well as didactic activities for English-language MBA programs and the Polish branch of the American Clark University in the area of international finance, corporate finance, financial analysis, marketing of visual arts, business ethics and CSR. I am also the founder and president of the Jan Drzewoski Foundation dealing with a wide range of organ themes.

You can read it here.