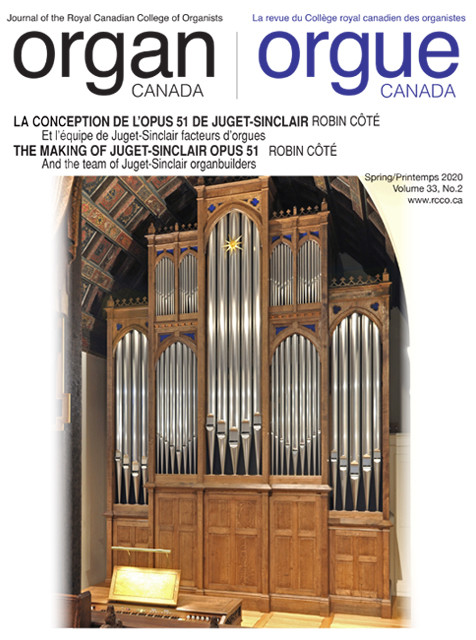 Each organist understands perfectly that the quality of an organ is much more important than its size. We also know, that each organ is different, even if it is built by the same creator and in the same aesthetical style. On the other hand, each of us loves to perform on the greatest instruments located in huge buildings, where the space plays with us simultaneously being great inspiration. Objectively, what makes one organ larger than another? Doing our researches, I have can encounter different rankings of organs presenting them according to their physical size; but always my conclusion was a concern that the used criterion has some imperfections. The existing literature on the subject and the various classifications present the rankings of selected instruments but there is no comprehensive approach to this subject.

Three years ago I started to think about my own methodology for these comparisons. This methodology is presented to the Canadian reader for the first time here. Until now, with some minor adjustments, it was published in Poland, UK and the USA.

The most common criterion for classification of organs in terms of size is the number of stops. However, stops are extremely diverse in terms of material and construction (wood/metal, labial/reed), the amount of material used (a 2' flue stop versus the same kinds of pipes at 16ʹ), and the degree of complexity (one rank versus many ranks). In addition, some organs have stops in which each key plays only one pipe of the scale; some use combined voices – using pipes of other real stops to create an imitation (e.g. an acoustic stop Subcontrabass 32’ achieved with a combination of real stops Principal 16' + Quintbass 10 2/3’); extensions – adding a missing octave (or more or less) to the top or bottom of a rank of pipes to give a higher or lower pitch for a specific interval (e.g. adding an additional low octave to an 8’ Principal could result in a 16’ Principal stop in electric action instruments); and transmission – stops that use a single row of pipes to obtain a given sound in two or more sections (one rank of pipes could result in a 4’ Principal and a 2’ Principal).

The second criterion for comparing size is the number of pipes. This is problematic because practically, verifying the actual number of pipes in each instrument can be nearly impossible (some instruments have tens of thousands of individual pipes). In addition (though to a much lesser extent), there is the issue of the distinction of playing pipes from muted/dummy pipes (those placed in organ façades only for aesthetic reasons).

Link to online edition - here. Abstract. The key to the considerations contained in this work is the authors’ metaphor of the organization:...

You are invited to a special Erben Organ Days 2020 event – a benefit recital by an international concert organist, researcher and organologi...