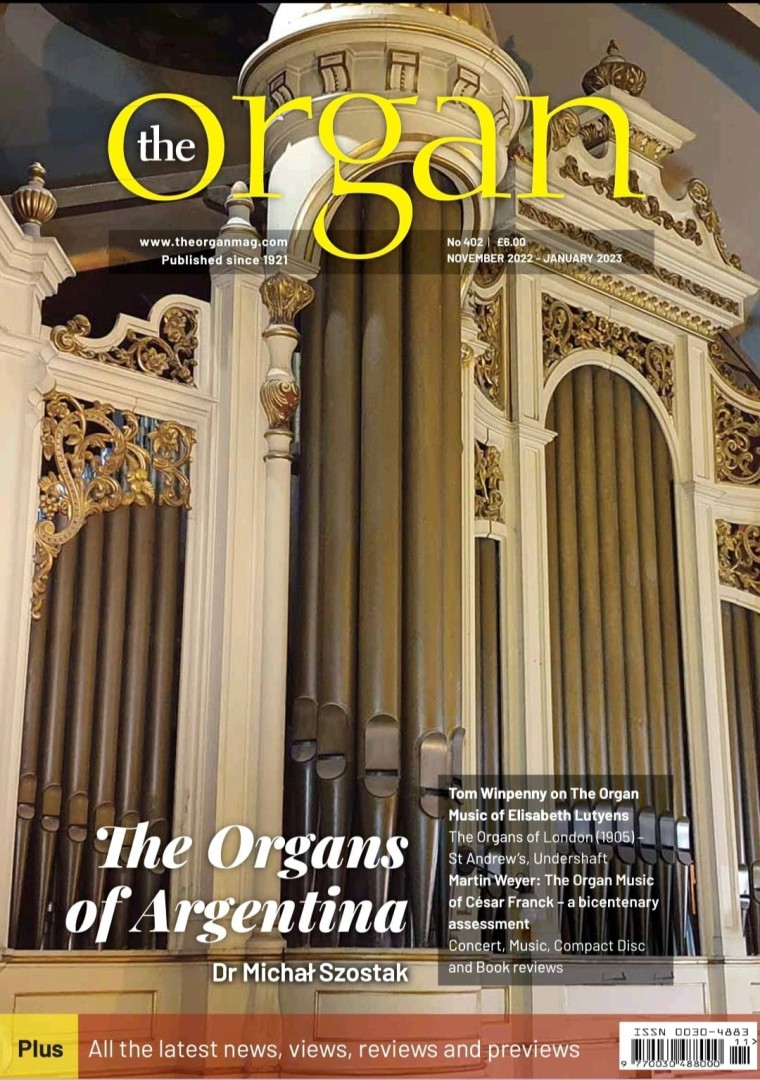 In June of this Summer, I visited South and Latin Americas for the first time in my life. During 17 days of an extensive tour, I performed ten recitals in Brasil, Argentina, Chile, and Panama. These territories are not often a topic of organ matters consideration from the European perspective, but I would like to change this pattern a little because there are three fundamental reasons for that. The first is a significant number of instruments imported from Europe in the second part of the 19th century and the beginning of the 20th century made by the most refined French, German, Italian, and British organ builders. The second reason is the high level of originality of these instruments because – due to many grounds – these instruments were not altered in most cases. The third reason is local society’s limited interest in organ music; in consequence, organ performance and organ maintenance education possibilities are meagre and focused on the traditional (but not institutionalised) master-pupil exchange of knowledge and skills. Due to the extensive scope of organ issues in the South and Latin Americas, this article is focused only on the Argentinian organ landscape. The first impression after entering Buenos Aires, the capital city of Argentina, is its similarity to the big European cities like Paris, London, and Madrid. The architecture of civil and sacral buildings shows the same roots and inspirations because Argentina, in the second part of the 19th century and the beginning of the 20th century, was one of the most important countries exporting agricultural products worldwide. Deep business connections with European economies caused, in consequence, using the same cultural styles of living (especially among the wealthier part of the Argentinian society, i.e. the owners of big farms) and shaping the environment (buildings, cities). Very often, the wives of the farm owners were these persons who pushed their husbands to fund different institutions, including whole churches, with their equipment and with, most interesting for us, organs. Due to described connections with Europe and because Argentina did not have its specialists in many areas (including organ building), the primary source of these products and influences was Europe and economically and culturally rich European countries like France, Germany, Great Britain, and Italy.