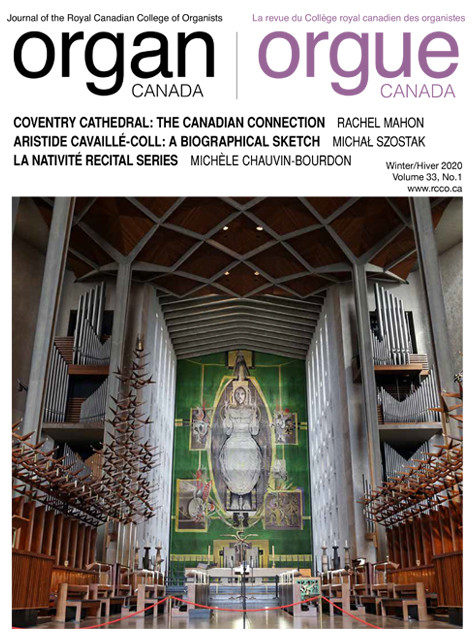 2019 was the 120th anniversary of the death of the father of symphonic organs, Aristide Cavaillé-Coll. It is worth recalling this prominent figure who in the nineteenth century changed the sound of French instruments and thus influenced organ building in Europe and many corners of the world, radiating to the present day.

Aristide Cavaillé-Coll descended from multiple generations of organ builders with family roots in both southern France and in Spain, from which his two-part surname derives. Aristide’s great-grandfather Gabriel Cavaillé (1699–1745) was a weaver in the village of Tarn, France. The first organ builder in the family was Gabriel’s Cavaillé’s brother Joseph Cavaillé (1700–1767), a disciple of the Isnard Brothers, leading his workshop in Toulouse, who built many instruments in the south of France and in Catalonian region of Spain. Joseph Cavaillé trained his nephew (Gabriel’s son) Jean-Pierre Cavaillé (1743–1809) as an organ builder. In 1767 Jean-Pierre married Maria-Francesca Coll, a young woman from Barcelona (daughter of a weaver and producer of canvas). From the marriage of Jean-Pierre Cavaillé and Maria-Francesca Coll, Aristide’s father Dominique-Hyacinthe Cavaillé-Coll (1771–1862), who would also become an organ builder, was born. In 1810, at the age of 39, Dominique-Hyacinth Cavaillé-Coll married 22-year-old Jeanne Autard (1788-1864), with whom he’d had an illegitimate son, Vincent, in 1808. Less than a year after the marriage, Vincent’s brother Aristide was born on February 3, 1811 in Montpellier.

We should also mention one of Aristide’s uncles Martin Cavaillé (1785–1862), son of Jean-Pierre Cavaillé and his second wife, Marguerite Fabry from St-Thibéry, for Martin was also an organ builder. Descendants of Martin Cavaillé-Coll for some time represented the already-famous Aristide and Vincent Cavaillé-Coll in minor organ works constructed in the south of France.

Due to the revolutionary war and post-revolutionary events, the young Aristide with his parents and brother had to change place of residence several times, traveling between France and Spain, which significantly worsened their financial situation. Eventually, in 1827, Dominique Cavaillé-Coll settled in Toulouse, where, supported by his sons he continued his organ building activity.

You are invited to a special Erben Organ Days 2020 event – a benefit recital by an international concert organist, researcher and organologi...